Special Note: The lessons relating to demonic oppression are taken in part from the book entitled: An Integrated Approach to Biblical Healing Ministry, by Chester and Betsy Kylstra (2003).

“And they are that are left of you shall waste away in their iniquity in your enemies lands; and also in the iniquities of their fathers shall they waste away with them” (Leviticus 26:39).

Many people, especially children of God, wonder aimlessly through life not having a clue as to why they are not growing spiritually. It appears to them that after all their fasting, praying, reading and studying the Bible they still cannot see any significant growth in their spiritual lives.

Moreover, their lives appear to resemble a boomerang. No matter what they attempt, everything always comes back to the “same old, same old” – nothing! Sometimes they end their lives without finding solutions to their life-long dilemmas. They die just as miserable as they lived. I have never encountered so many unhappy Christians as I have in these days and times. No one seems to be happy – whether they are married or living a single life. Almost everyone is searching for something that they cannot find – true happiness, peace and contentment. Hopefully, the brief Bible studies that follow will assist someone in finding answers to questions to which for such a long time there were simply no answers.

Sins of the Fathers

What does the “the Sins of the Fathers” mean? First, we must realize that the sins of the fathers (and mothers) and the resulting curses are a major source of trouble for all mankind. Why? It is because we, our father’s descendants, “take on,” or “enter into,” those same sins.

This controversial and misunderstood problem area has unfortunately been neglected and seldom talked about even among Christians.

When the sins and curses coming down a family line are alcoholism, drugs, or sexual abuse, or sexual immorality, the problem is easily identified, but the root cause and how to be delivered from it, remain a mystery. Less obvious sins, as the source of the problem are not even identified as generational. People simple explain away the behavior by saying, “Oh, he’s just like his father, and you know what he was like.”

“Sins of the Fathers and Resulting Curses” work hand in hand with demons to create an ugly cycle. The initial sin gives an opening through which demons can oppress. Then, once established, the demons work to continue down the family line, where they exert pressure on the descendants to sin in the same way as their father. The sin provides licence for the demons to continue their oppression, causing the cycle to perpetuate generation after generation. Exodus 20:5 (the last paragraph) is translated this way: “He punishes the children and their children for the sin(s) of the father to the third and fourth generations. God’s justice results in the children being affected by the pressure of inherited iniquity (perverseness/sin) as well as the pressure of possible “curses” because of their father’s (and mothers) sin.

As children receive their nature from their parents, or those who gave birth to them so they have also to bare and atone for their father’s guilt. The descendants suffer for both their own and their forefather sins.

But on the other hand, the punishments/curses ceases (not in every case) when the children forsake their fathers’ evil ways, the heat of divine wrath is turned into the warmth of divine love – God shows mercy, and this mercy endures not only to the third and fourth generations, but to the thousandth generation, only affecting those who love God and show their love by keeping His commandments.

The God of Mercy is also a God of Justice

When first considering the effects of the Sins of the Fathers, it is natural to cry out. But God, this is unfair. I shouldn’t have to pay for what my ancestors have done. I don’t even know most of them. We begin to complain from our point of view, without taking into account the nature or character of God. This is what God says about Himself: “The Lord, the Lord God, compassionate and gracious, slow to anger, and abounding in lovingkindness, and truth: who keeps lovingkindness for thousands, who forgives iniquity, transgression, and sin; yet He will by no means leave the guilty unpunished, visiting the iniquity of the fathers on the children and on the grandchildren to the third and fourth generation” (Exodus 34:6, 7-NAS).

God is good, merciful and just. He stands ready to forgive, and will forgive, as soon as His holy conditions are met. Otherwise, His justice prevails, and the sins of the fathers are passed down upon their children.

God’s justice results in the children being affected by the pressure of inherited iniquity as well as the pressure of possible curses because of their father’s and mother’s sins. The bad news is that we are affected by our parents’ sins. The good news is that God has provided the way out for our freedom from all the effects of their sins. “If we confess our sins, He is faithful and just to forgive us our sins, and to cleanse us from all unrighteousness” (1John 1:9-KJV).

Scriptures concerning Sins of the Father

“The Spirit of the Lord is upon Me, because He has anointed Me to preach the gospel to the poor. He has sent Me to heal the brokenhearted, to preach deliverance to the captives and recovery of sight to the blind, to set at liberty those who are oppressed.”

They are on the “inside” of a person. They are wounds to the soul or the spirit that are carried and experienced within the person himself. They are not physical and cannot be seen. Their presence is revealed by their symptoms, by the manifested evidence of unhealed behaviors and thoughts.

God heals hurts. He is waiting to touch our deepest pain if we let Him. His healing is a type of divine exchange in which we offer Him our hurt and He offers us His healing.

Because the same type of sins are passed down in a family from generation to generation, the same curses continue to operate. These sinful generational patterns and the resulting curses need to be broken in order to stop carrying on the same hurts, sins, and curses. In breaking them, we set the stage for healing from the hurts. 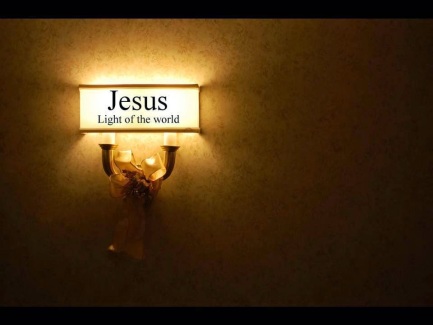 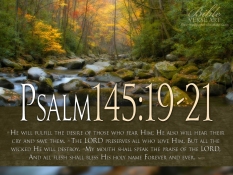 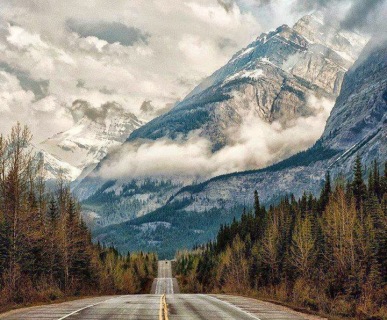 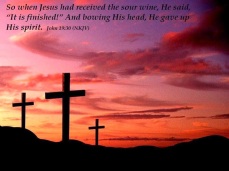